We recently got to meet Fisher when he came in for an exam with Dr. Cheryl Stiehl and were able to get some great pictures of this happy cat.  This is his story.

Malnourished, trapped and obviously in trouble, “Fisher The Cat” was nervously looking at the last of his nine lives on a recent chilly morning when HAB staffers chanced to spot him from their office window. Fisher The Cat was the subject of a multi-agency rescue effort during the recent holidays.

Monica Sivills was the first to notice the tattered tabby on the roof of the old daycare center next door – and it wasn’t long before she told Tina Trombley, a nurse by training, who quickly diagnosed the imperiled puss at a distance and declared him nearly at death’s door.

One Sad Tabby: On Dec. 26, HAB staffers spotted a starving kitty from their office window. There wasn’t a moment to lose.

Gene Robinson of the Indian Health Service was enlisted to obtain a ladder from a local construction crew. And soon enough, a coordinated, cross-governmental, public-private, rescue initiative was underway. 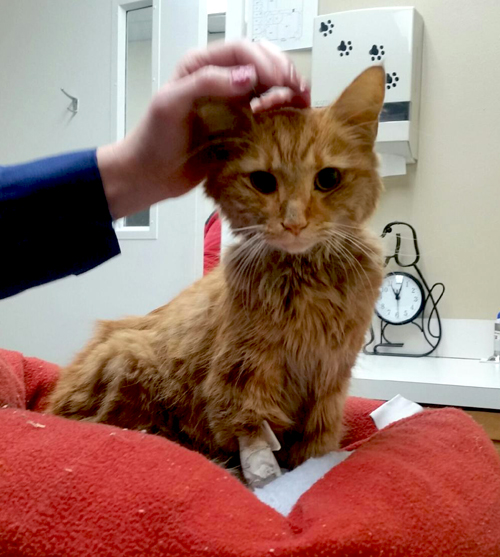 “Big hearts from throughout the government were involved,” recalled HAB’s Elizabeth Goodger.

Officer Gill soon had matters in hand, and named the frazzled feline “Fisher,” in honor of the lane that runs in front of HRSA headquarters and the adjoining daycare center.

“He was in terrible condition and didn’t even put up a fight when he was scooped into the crate,” Goodger recounted.  “We would later learn that he was delivered to the vet with a Put-to-Sleep designation.”

Limp and lifeless Fisher quickly rebounded, chowing down in his pen at the vet’s office, passing time by curiously watching the antics of the dogs boarding nearby. As days passed, and he continued to rally, his condition was upgraded to stable.

He is now happy at home with the Goodger family. 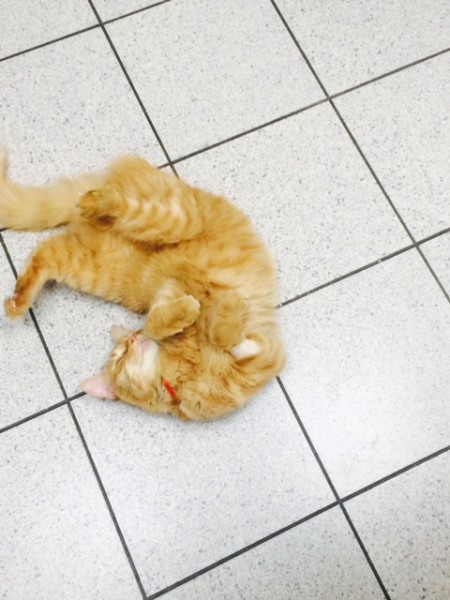 Why We are Making Strides

The doctors and staff of Olney-Sandy Spring Veterinary Hospital are excited to be participating in The American Cancer Society’s “Making Strides Against Breast Cancer” for the third year in a row!  The walk is a 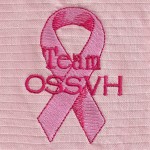 fundraising event to support breast cancer research and increase breast cancer awareness.  Team OSSVH will walk on Sunday, October 18th in Mount Airy at Watkins Park. We are inviting our clients, families, and friends to join us for the walk and/or to donate if you wish.  If you would like to register, please join “Team OSSVH”.  We would love to see you walk with us!  If you cannot join, but would like to help, you can donate through our team.  Our goal is to raise $5000. END_OF_DOCUMENT_TOKEN_TO_BE_REPLACED

Over the past few weeks, there have been increasing reports of a new canine influenza outbreak in the Chicago area.  This influenza outbreak afflicting more than 1000 dogs in Chicago and the Midwest, is caused by a different strain of the virus than previous United States outbreaks.

Dr. Edward Dubovi at Cornell University speculates that dogs rescued from meat markets in Asia may be responsible for bringing the new strain (H3N2) of the virus to the United States. This is in contrast to the previous outbreak in Montgomery County, Maryland in August of 2013, which was caused by the canine influenza virus strain H3N8. That local outbreak resulted in 22 confirmed cases and several confirmed deaths. The outbreak was contained and there have been no confirmed cases in our area since then.

The following are facts that dog owners need to be aware of:

Canine influenza causes an acute respiratory infection and is a highly contagious virus. Mild cases mimic kennel cough- but the cough persists for 10-21 days despite treatment. Most dogs have a soft, moist cough, while others have a dry cough. Many dogs will have a nasal discharge and a low grade fever. The more severe cases will present with clinical signs of pneumonia, such as a high fever (104 – 106F) and increased respiratory effort.

Because the source of this new strain of the canine influenza virus is thought to originate in rescued dogs from Asia, it is possible that these dogs could be brought into multiple major cities in the United States. The extent of the exposure is not known at this time.

We recommend using caution if you plan on travelling to the Midwest with your dog.  While it is unknown if there is cross protection between the new strain and the old strain of the virus, you may want to consider vaccination or boostering your dog if previously vaccinated with the currently available canine influenza vaccine.

Please call your veterinarian should you have any questions or concerns.

For additional information regarding this outbreak, we have included some informative links below.

More information about the source of the new strain:

The HSUS and Humane Society International (HSI) are aggressively fundraising and importing dogs from Korea away from the meat trade.