With the fall season in full swing,  a discussion on ticks and the diseases they can transmit is timely and important.  Ticks do not die after a frost and will remain active so long as the ground isn’t frozen and temperatures are above freezing. It is

important to note that Lyme disease is caused by a spirochete bacterium (Borrelia burgdorferi) that is transmitted by ticks, most notably the “deer tick” or “blacklegged tick”.  Deer ticks become most active in the fall season.

Based on our specific area (VA, MD, WV, DC), Lyme is the most commonly detected disease in dogs, with Anaplasma coming in at a close second, and less commonly Ehrlichia. We routinely screen for the most common of these diseases as they pose a significant health risk to our pets.

The tick needs to attach to the pet and feed on them for 18 to 48 hours prior to transmission of the infection. Once infected, the spirochetes migrate through tissues, evading the immune system and most often setting up chronic infections that can lead to fever, polyarthritis, swollen lymph nodes, and poor or lack of appetite.  In some cases, a kidney condition will develop that results in protein loss through the kidneys, and often, irreversible kidney failure.  We have the ability to test for Lyme disease and will recommend follow-up screening of the pet’s urine if this is indicated.  We are advocating treatment for newly diagnosed cases in order to attempt to clear the pathogen. 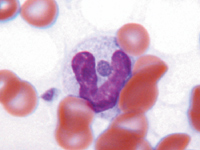 Anaplasmosis and Ehrlichiosis are caused by a special type of bacteria called Rickettsia. These infections also are transmitted through tick bites to pets.  Several tick species have been shown to be capable of transmitting the rickettsial organisms from wildlife reservoirs to pets.  Similar to Lyme disease, the ticks require 18 to 48 hours of feeding in order to transfer these agents.  Ehrlichia can infect white blood cells (monocytes, lymphocytes or granulocytes) and Anaplasma can infect granulocytes or platelets.

Subclinical infections (where the pet is infected but not yet ill) can be very common and often the pet can clear the infection without treatment. We routinely screen for these agents along with Lyme disease and Heartworm infection.  If the pet is found to be positive, follow up testing is recommended to determine if clinical disease is present and needs treatment.   When clinically affected, the symptoms can vary widely, but often include fever, lethargy, depression, lack of appetite, weight loss, occasionally lymph node enlargement, bleeding and eye disorders.

Very little characterization has been made for Lyme, Ehrlichia or Anaplasma in cats. Infection has been documented in cats, but clinical illness is not thought to manifest in cats as it does in dogs.  Cats are uniquely susceptible to infection with Mycoplasma haemofelis (formerly known as Hemobartonella felis), which is commonly transmitted by fleas.  Some evidence exists that ticks may also carry this organism.  The infection by this agent is known commonly as “Feline Infectious Anemia” and results in direct and immune-mediated destruction of red blood cells.  This can lead to profound, life-threatening anemia in cats.

There is no way for owners to know for certain whether their pet has contracted a tick-borne disease without seeing your veterinarian. It only takes one tick bite to infect a dog with any one of these diseases and sometimes multiple diseases.

Your pet’s travel history is important and considered in determining the exposure risk of the various tick-borne agents, and likelihood of infection. It is our goal at OSSVH to customize the approach to your pet’s health and provide appropriate screening for tick-borne pathogens, as well as recommend effective measures for prevention of ticks.

It is also important to know which ticks are found in our region and what diseases they can transmit.

Deer Tick: this tick can transmit Lyme disease and anaplasmosis, two very serious and often-diagnosed diseases. These are also zoonotic diseases, which means they can infect people as well as pets.

Lone Star Tick: The female is easily identifiable since it has a white dot in the center of its abdomen.  The lone star tick can transmit ehrlichiosis and Rocky Mountain spotted fever.

Brown Dog Tick: Dogs are the brown dog tick’s host of choice, and this tick is a known carrier of hepatozoonosis, canine ehrlichiosis and babesiosis.

For a visual guide to identifying the different tick species, visit Tickinfo.com

For more information on tick-borne infections in pets, the following resources can be helpful:

Lyme Disease and Ehrlichia in dogs

I do not live close enough to OSSVH to use them as my regular vet office, but have been there many times for reproductive issues and would never go anywhere else for that. I have done 5 frozen semen breedings there and had 100% success.